A documentary film: Detained inside an infamous American detention center as the pandemic spreads, a group of immigrants organize in protest to demand protection and their release. Separated from their families, and fearing for their lives, they take bold action. But officials who run the detention center are intent on keeping these men and women silent, and keeping them locked up.
Field of Vision Link to Story

Eugene Clemons May Be Ineligible for the Death Penalty. A Rigid Clinton-Era Law Could Force Him to Be Executed Anyway

His lawyers presented no defense at trial. Then a clerk’s office misplaced a plea for his civil rights behind a file cabinet. Now, it’s almost impossible for the federal courts to address the problems with his case.
ProPublica Link to Story

Immigrants Say They Were Pressured Into Unneeded Surgeries

Wendy Dowe was startled awake early one morning in January 2019, when guards called her out of her cellblock in the Irwin County immigration detention center in rural Georgia, where she had been held for four months. She would be having surgery that day, they said. Still groggy, the 48-year-old immigrant from Jamaica, who had been living without legal status in the United States for two decades before she was picked up by immigration authorities, felt a swell of dread come over her.
The New York Times Link to Story

“I believe that the goal of the current sheriff and others is to keep out immigrants, to keep Gwinnett County homogeneously white and conservative.”
Mother Jones Link to Story

Fear, Illness and Death in ICE Detention: How a Protest Grew on the Inside

Life and protest inside an ICE detention center during the pandemic.
The New York Times Magazine Link to Story

‘I Can’t Do Anything’: Doctor Detained By ICE Waits For Coronavirus Outbreak To Hit

Neysi Salvador-Aguiar’s terror ran on two tracks. One was personal: She feared that the coronavirus would spread among the 70-some other women she was locked up with in a bunk-filled room in a Georgia immigration detention center. The other was professional: Salvador-Aguiar is a doctor; she knew that this immigration jail was a human petri dish.
HuffPost/Type Investigations Link to Story

History tells us that, in a time of crisis, we have to be careful about how we respond. At the start of the Iraq War in 2003, Salah al-Ejaili was working as a journalist when the U.S. military detained him inside Abu Ghraib, a prison that would become notorious for American abuses committed in the wake of the September 11th terrorist attacks. In this episode, one man's pursuit to get justice 17 years after the war began.
WNYC Studios & Reveal Link to Story

Inside the US Marshals’ Secretive, Deadly Detention Empire

A federal detention empire is flying under the radar—and so are the deaths on its watch.
Mother Jones Link to Story

NPR's Latino USA brings you a first-ever look into the sprawling detention system run by the U.S. Marshals. The agency's detention population has ballooned since the Trump administration started criminally prosecuting nearly everyone caught crossing the border without papers. But the Marshals Service has failed to make sure its detainees are held in safe conditions—even after hundreds of people have died on its watch. In a yearlong investigation with Mother Jones and Type Investigations, Latino USA uncovers the stories behind these deaths.
NPR Link to Story

Is Denaturalization the Next Front in the Trump Administration’s War on Immigration?

The Justice Department has made denaturalizing US citizens a “strategic objective." Officials call the targets "fraudsters" and “nefarious actors." I looked into early cases and that's not what I found. Meet Odette Dureland and Abdo Wasel.
New York Times Magazine Link to Story

The Civil War ended more than 150 years ago, but the Confederacy didn’t completely die with it. Monuments, shrines and museums are found throughout the South. We teamed up with The Investigative Fund to visit dozens of them and found that for devoted followers they inspire a disturbing – and distorted – view of history: Confederate generals as heroes.
Reveal/Center for Investigative Reporting Link to Story

Costs of the Confederacy

Seth Freed Wessler is an award-winning investigative journalist who reports about inequality and punishment. Seth's print and radio work has appeared in The New York Times, Mother Jones, the Smithsonian Magazine, The Nation, This American Life, Reveal and others.  His first film, THE FACILITY, a documentary about ICE detention, was released by Field of Vision in 2021.

Seth is currently a reporter at ProPublica covering the South.

Seth is the co-founder of the Gumshoe Group, an initiative to expand open records access for independent journalists and teaches at the CUNY's Graduate School of Journalism. Earlier in his career he was a reporting fellow at Type Investigations, a staff reporter for NBCnews.com and Colorlines.com, a visiting scholar at NYU’s Arthur Carter Journalism Institute, a Soros Media Fellow and a Logan Nonfiction Fellow at the Carey Institute for Global Good.

Seth is happy to receive tips and ideas for investigations. 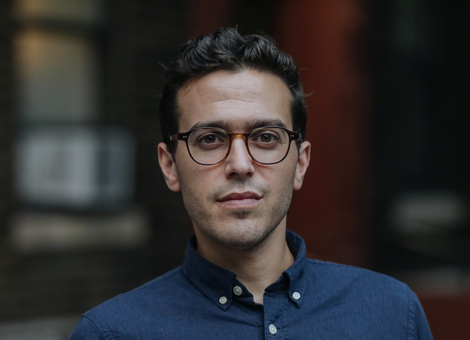